This week for Vegan Tuesday I made something for breakfast: Warm and Nutty Cinnamon Quinoa from 101 Cookbooks. Instead of cow’s milk, I used oat milk. I also used a mix of blackberries, blueberries, and pomegranate instead of just blackberries. 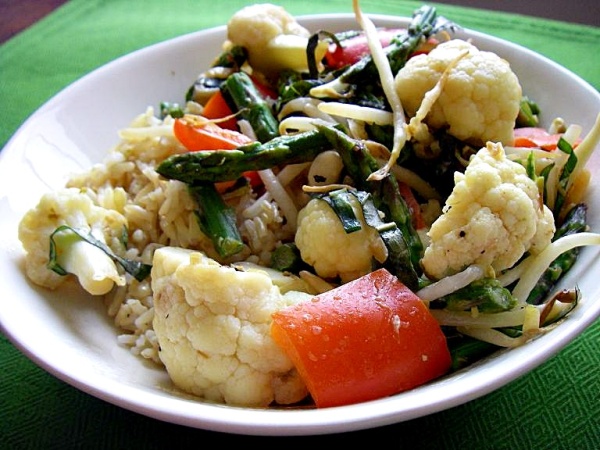 I also made Stir-fried Vegetables with Lemongrass from the May 2009 issue of Food & Wine. No substitutions were needed as it was already a vegan recipe. This recipe was included in a section called “Speediest Stir-fries”. The problem with a lot of stir-fries is that there is a lot of prep. Once you start cooking, you’re done in a snap. The selling point for this recipe was that it didn’t involve a lot of prep and chopping. NOT true! I know my knife skills are not the best (major understatement) and I’m super slow (again not exaggerated), but it still involved a lot of chopping and prep.

This week Mare of Meet Me in the Kitchen joined the fun. Click HERE to see what she made. Also head over to Veggie Num Nums to see what Michele made.